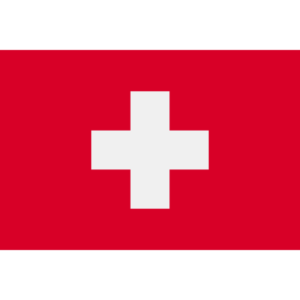 Why study in Switzerland?

Switzerland is a wonderful place. It’s famous for chocolate and skiing, but it is also an amazing place to study. Studying in Switzerland offers a European experience in a developed, yet diverse country. With a variety of nations bordering the country, it’s a cultural melting pot, which makes it great for an inspiring study experience.

It’s  an amazing choice for you as an international student. Swiss universities invest heavily in excellence, research and science, offering at the same time a broad spectrum of academic degrees. Switzerland is a federal republic of 26 cantons and each canton is responsible for its educational matters and regulations.

Despite being a small country of just 8 million inhabitants, Switzerland has an impressive presence in international university rankings. The country has 12 universities (10 cantonal and 2 federal institutes of technology) and a lot of them rank among the top universities in the world such as ETH Zurich, Ecole Polytechnique Fédérale de Lausanne (EPFL), University of Geneva or University of St. Gallen.

The research-focused character of Swiss universities enables them to attract international students and teaching staff, as the country shares borders with five countries and has four official languages, a fact that makes student mobility easier.

The strong ties Switzerland has with education and science are reflected on the country’s history with the Nobel Prize. More than 100 scientists, winners of the prize in all fields, are from Switzerland.

In addition, don’t forget that living in Switzerland will expose you to a linguistically rich environment and give you the opportunity to practice (or even learn from scratch) one of the official languages: French, Italian or German.

A lot of degrees are offered in English as well, especially on a Master’s and Doctorate degree level. However, make sure to learn the fundamentals of French, Italian and German before, so you can easily navigate and blend into the Swiss society.

Gulfaar group gives you the best chance for success with access to 500+ educational institutions. Get matched and apply to programmers and school that align with your background skills and interest.

Where To Find Us